We All Make History 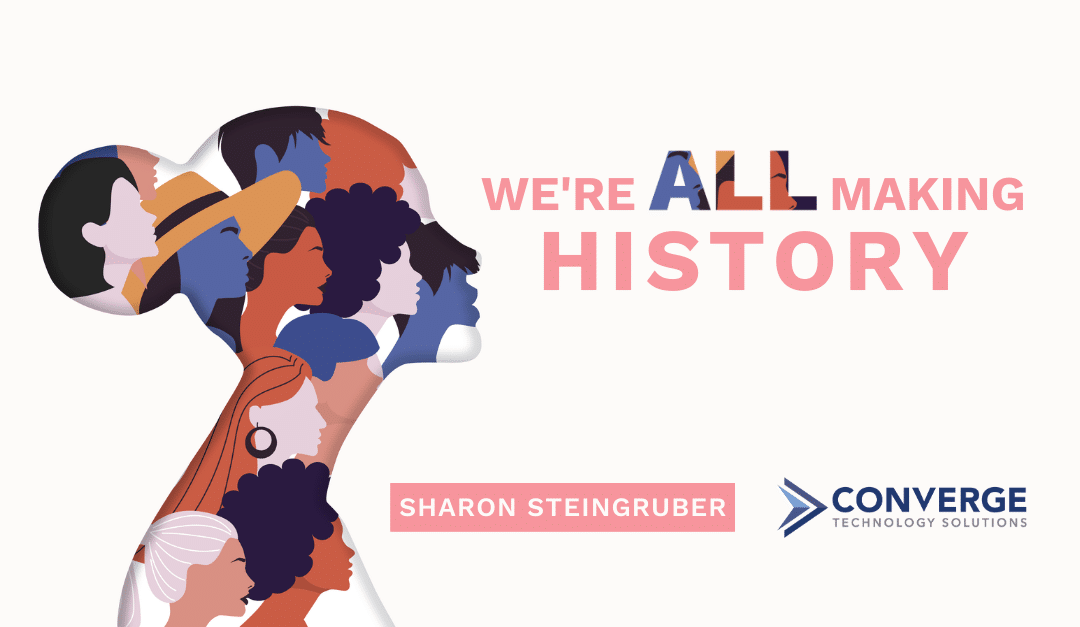 I’ve been seeing a lot of Women’s History Month posts on my social feeds this March and have been enjoying learning about the women that paved the way for so many of us today.  Without the suffragists that pushed for women’s right to vote, we wouldn’t have a voice and most certainly wouldn’t have women in public office (just waiting for that female President!). Without the female scientists who experimented in a “man’s world”, we certainly wouldn’t have women navigating a drone landing on Mars. The effect so many women before me have had is remarkable and continues long after they’ve made their own mark.

I was recently asked about a woman I admire or a woman in history who has inspired me.  Though there are many, my first thoughts were of the women in my life that paved the road I’m on today.  I don’t know if I can point to a particular woman in history that made my life what it is now, but I can certainly tell you about the many women in MY history that have made an incredible impact.

As a child of the 70’s, I was inundated with “Women Can Do Anything” ads, songs, shows, and more.  Women could bring home the bacon AND fry it up in a pan.  Women could fight crime AND be adorable for the ever-elusive Charlie.  Female athletes showed us that being strong and competitive is a good thing.  We could do it all…and nothing could stop us!

These messages were great, but honestly, they weren’t incredibly relevant or true to me.  My mother was a single mom of five kids doing whatever she needed to do to pay the bills.  She was a secretary, but when those hours turned out to be hard for a mother, she changed course and found work congruent with our schedules.  She cleaned houses for a while.  She started selling homemade cakes and eventually turned it into a flourishing catering business.  Did she make history?  No.  Did she overcome obstacles and blaze a trail for me? Absolutely.  I didn’t watch my mom fight crime or beat Bobby Riggs in tennis, but I did watch her create a world for herself that made her happy and gave her the ability to provide for her family. You can read my mom’s full story here.

There are so many women in my story that aren’t in history books, but my life wouldn’t be the same without them.  At my first sales job, I worked with a woman who co-owned a business that she never planned to start. She did everything from accounting to sales to cleaning, all while raising two small children.  All of the working moms I knew before I was a mom myself gave me insight into being a good mother and a good employee.  In that same vein, there are women in my world who showed me that even though you “don’t have a job”, you still provide for your family. These are the women who gifted me the courage to decide to stay home with my own kids for a while.  Years later, after starting a new career in a field I knew nothing about, I have learned so much from a woman that has been wildly successful in a field dominated by men.  In that same organization, I have seen countless women, whether in sales, operations, or HR, work tirelessly to promote an amazing company and culture.  Did they all make history?  No.  Did they help create one of the best companies many women and men have said they’ve ever worked for?  Absolutely.

So, while these women I know may be nameless in the world’s history, they are the pillars of my own history.  They have helped me become the professional I am, the mother I am, and the woman I am.  My hope now is that my daughters have the same examples of strong women in their lives and can incorporate the teachings of these women into their own history.  I hope to be a part of it, and I most certainly cannot wait to watch it unfold.